Scratch2017BDX will be the first Scratch conference with strong participation from at least five African countries! End of April USIU in Nairobi, Kenya was the stage for the first pan-African Scratch educators meetup. Checkout blog on this site for coverage of that event.

Africa has been underrepresented at Scratch conferences to date. At Scratch2013BCN we had Dorsaf Benna from Tunisia presenting a poster, at Scratch2015AMS we had an ignite presentation on Moroccan Cod Cod Codet program. We hope this year will bring much more. As African Scratchers use the offline version, they are underrepresented in the online Scratch community. During 2016 we heard some amazing stories of African Scratchers.

Taryn Basel, a teenager from South Africa, is creating new ways of Scratch usage while making movies with her peers. Check her out on Scratch, or see how she joined Mitch Resnick on the ScratchMIT2016 stage.

We learned about Mercy Ngoiri of warefab.com Nairobi. Her crowdfunding campaign for Scratch-n-sketch didn’t made it. That suprrised me, as it was an interesting yet affordable extension for Scratch. What suprised me even more was that she persevered and made the product anyway! I’m pretty sure Mercy has some relevant stories to share with us.

There’s more from Africa that we could learn from, like this TED talk by Kwabena Boahen: Making a computer that works like the brain, in which he suggests to bring more from Africa into the computer.

We could have chosen to invite just the mentioned people as speakers for plenary sessions, but as many more people were suggested, we chose to facilitate a meeting where the Africans can work out for themselves how they would like to participate in the Bordeaux conference.

Friday April 28 and Saturday April 29 there will be a small Scratch conference in Nairobi, Kenya. A pan-African Scratch educators meetup with the following goals (in order):

Please get in touch if you want to connect with that meeting.

One thought on “Africa”

Scratch2017BDX is organized by Stichting Scratchweb in co-operation with INRIA and volunteers from around the world.

Stichting Scratchweb is a Dutch PBO and has organized the Scratch conferences in Barcelona (2013) and Amsterdam (2015). 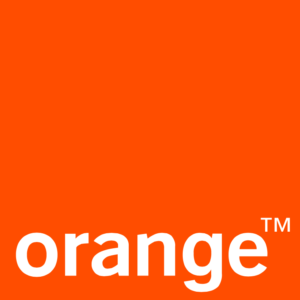 This Scratch conference is inspired by the ideas and technologies of the Lifelong Kindergarten group at the MIT Media Lab, and was planned in consultation with the Scratch Foundation team.

Scratch is a project of the Lifelong Kindergarten group at the MIT Media Lab. It is available for free at scratch.mit.edu

Scratch2017BDX is the 10th international Scratch conference. What started as a bi-annual meeting at MIT has now grown to conferences all around the world.